I was goofing around with a couple little church designs. They might be nice as drop-in hex contents or random city structures. 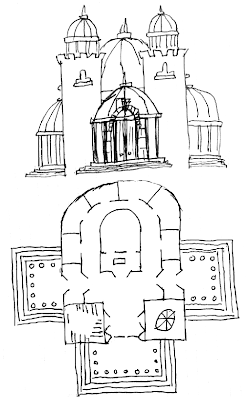 A shrine to an obscure saint. Galleries along the outer walls display murals of his exploits and trophies of his victories. The blessed walls protect these items from magical detection but if the treasures are removed, they will definitely attract the attention of malign entities. 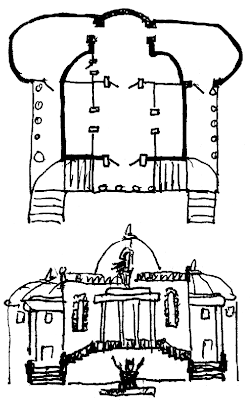 A trendy new cult worships here. Their god demands novel sacrifice and so the cultists are eager to find previously unknown creatures to slay on Her altar. Several wealthy merchants are adherents and they will pay top dollar for live specimens.

"Scanned" with my camera phone.

Feel free to use these for whatever purpose you see fit.

Read more »
Posted by Deadtreenoshelter at 10:48 PM No comments:

My Campaign Needs an Aztec Region 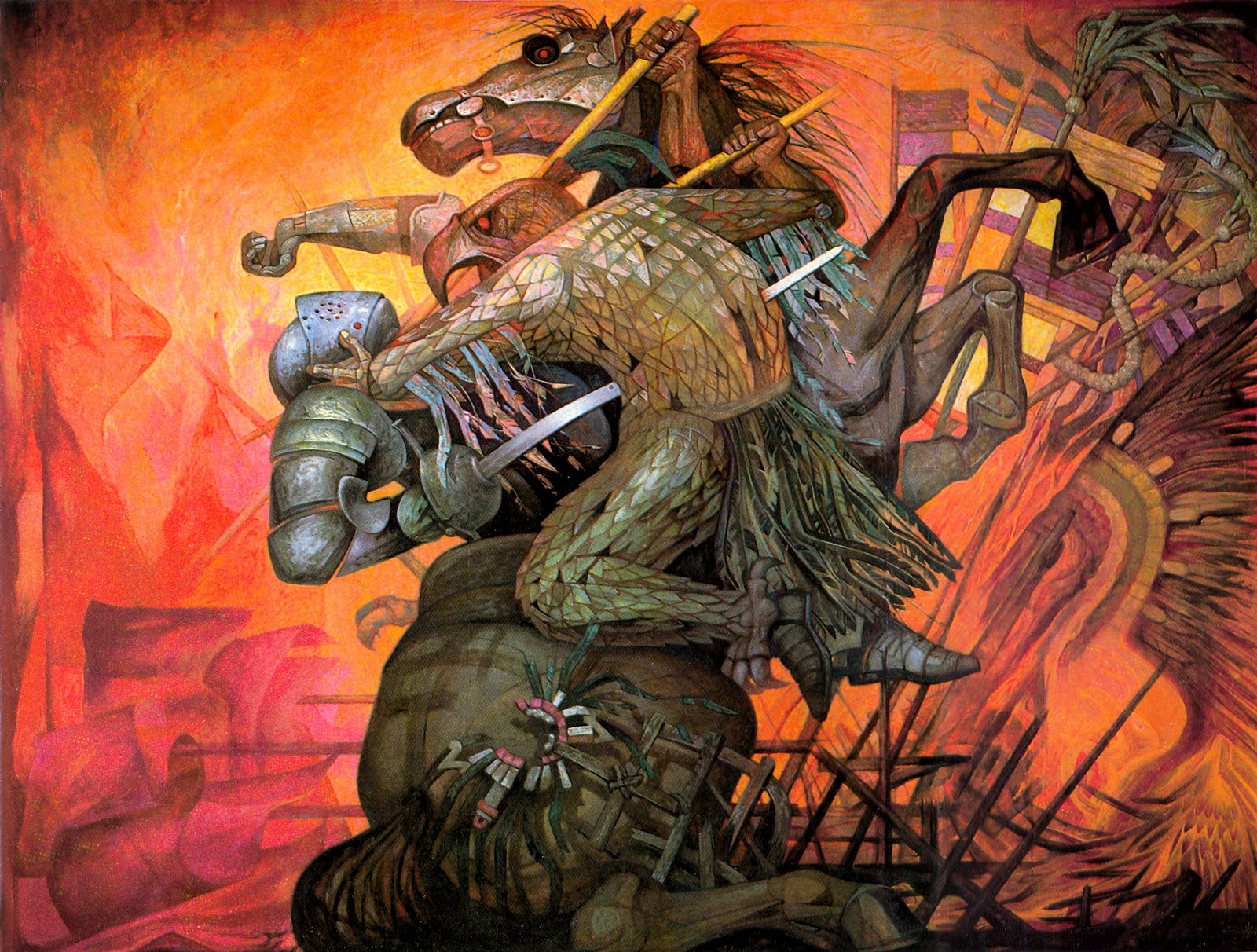 Email ThisBlogThis!Share to TwitterShare to FacebookShare to Pinterest
Labels: inspiration

The PCs wake up in a large windowless room. Each lies in the middle of a chalk circle drawn on the floor. They have no memories of their pasts.

In the middle of another circle, in the center of the room, a twisted, withered corpse can be seen slumped over a few tomes lying open on the floor. The ground inside this circle is covered in esoteric symbols and scattered candles.

When the PCs attempt to leave their circles, any magic users find themselves trapped, as if an invisible, impenetrable cylinder. They remain imprisoned until a non-magical friend smudges, crosses or otherwise breaks the edge of their chalk circle.

If the body in the central circle is examined, its robes crumble away like ash at the slightest touch. The corpse is so disfigured that it is impossible to determine its age or sex. Under close observation, it will be revealed that the body has a third eye socket in the back of its head barely obscured by the stringy remains of hair. Also their appears to be a lamprey like mouth in place of a belly button.

A ring of keys can be found amidst the ash of the destroyed robe.

There are three tomes. All three are bound in plain leather and are equipped with a locking latch (like some diaries). They can be unlocked with keys on the dead mage's ring.

The first book is a densely written volume, which when deciphered will reveal a basic spell book. There are four spells inside:
The next tome is open to its final page. It is ornately illustrated with elaborate diagrams and illuminated paintings. It contains one complex, extraordinarily difficult ritual:

The last book, written in code is the dead mage's journal. Stamped into the leather on the back cover is a message: "If found please return: Lander Place, Belmont Street, Wilburton. 100 coin reward."

Posted by Deadtreenoshelter at 2:13 AM No comments: