Continuing from my previous post, laying out the first broad strokes of a pantheon for my 5e game.

This time we'll look at a couple saints of the Gothic Church.

The Lady is the most widely venerated saint of the Gothic Church. In the murky eons of the past she descended from the heavens and led the First Great Crusade and established the Gothic Church as the most powerful human institution on the planet.


Famed for her mercy, adherents of the Church now beseech  the Lady for healing, prosperity and protection. Her shrines feed the needy and her paladins defend the weak.

Critics complain that these charities are merely a covering for a ruthless police state bent on global dominance. These critics never live long.

Venerated by: Many clerics, paladins and the unwashed masses of the common folk.

Source: I imagine a slightly fascist mash-up of medieval conceptions of Our Lady with Joan of Arc. The Gothic Church takes a lot of cues from Warhammer 40k.
Read more »
Posted by Deadtreenoshelter at 8:30 PM No comments: 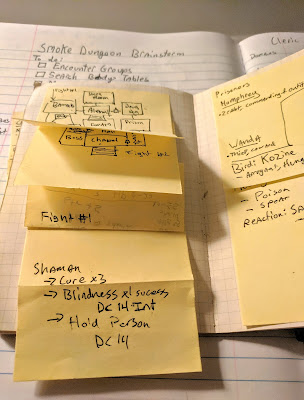 Often I find that the order that ideas come to me, and the order I naturally write them down makes for cluttered disorganized notes that are difficult to use in play.

By putting maps, encounter tables etc. on post-its, I can rearrange them after the fact into an arrangement that makes sense for quick reference. Also, I fold and stack the post-its to fit a lot more on a page,  then uncover pieces as I need them.

It's also easy to move reusable components into different adventures or carry them forward if they appear again.

It's been helpful so far.


Posted by Deadtreenoshelter at 7:51 PM No comments:

My 5e Pantheon and the Gods of the North 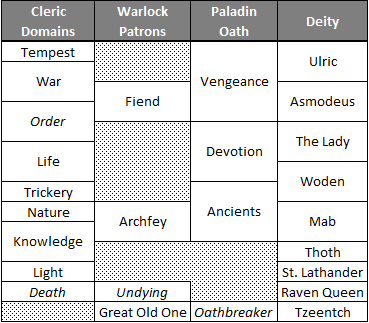 I made a table that suggests deities from my homebrew setting for each class that has an affiliation to a higher power. I think this will help tremendously the next time my players create characters.

I am writing a short description for each one to help players choose.

The Gods of the North:

Venerated by: Barbarians, fighters, paladins and the occasional bellicose cleric.

Source: From Warhammer, but bent back toward Thor. Largely inspired by James Holloway's Patron Deities podcast.

Read more »
Posted by Deadtreenoshelter at 3:58 PM No comments: 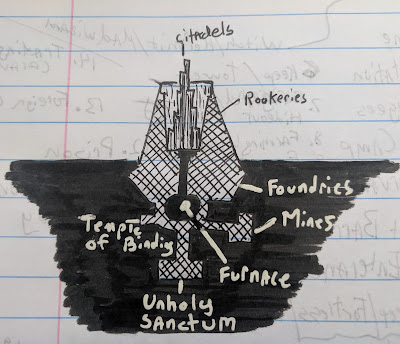 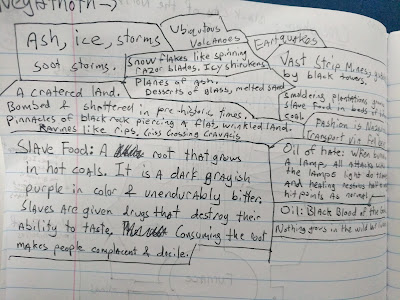